Sioux Falls’ first and biggest axe throwing league is open for registration at our Downtown location on Thursdays nights!  Its an amazing night of fun, laughter, and  (friendly) competition!  We welcome you to come check it out!

Teams consisting of 2 players per team can now enter into the 8 week long league season for the opportunity to be the first downtown axe throwing League champions in Sioux falls! Space is limited so sign up fast!

Listed below is the schedule for all our league sessions so you can get your group together and plan ahead!

Rules: league play will last roughly an hour and a half on Thursday nights starting at 7pm. You do NOT have to have any previous axe throwing experience to be a part of this awesome time! each player is welcome to come 15 minutes prior to their scheduled league throwing start time to have a maximum of 10 practice before the match and to utilize one of our axeperts for some free tips and coaching. Axes will be supplied by escape 605! Our axepert will then alert teams when it’s time to start throwing!

Each lane will house two teams that will alternate throws until each person has reached their 10 throws. This will signify the end of match 1 and a brief intermission will be held to tally scores, grab refreshments from the bar, and to switch lanes and targets with the other competitors prior to starting the second match. Match two will follow the same throwing rules as match one. In addition to the friendly completion of teams of two, whichever lane of 4 had the highest point total for the night will also get a free beverage of their choice to follow.

Absent thrower:
In the event something comes up and you are unable to make the scheduled league night, you will be allowed to make up your throws during the practice period of the following league night, this means no warming up so we highly encourage you to get these dates set in stone!

Are you interested in competing in our Axe Throwing League? There is still time for you and your friends to sign up by clicking on the button below. Payment will be taken upon registration so you will just be able to come the first night of league and be ready to throw.

The Black Line Award points associated with the Ring

10points For the Blue Circles, also known as the kill shot

The kill shot is only available on the 10th and final throw of the match. Otherwise the blue circles are worth 1 point.

If the axe is in 2 rings, then the player will be awarded the points for the higher valued ring.
The axe must remain in the target for the throw to count
Players must throw at the same time. Players cannot delay in hopes that their opponents axe may fall out of the target
The points count regardless of how the axe is sticking to the target. (back of the blade, shaft, etc)

ESCAPE 605 league players are allowed to throw axes in one of two ways:

Axe must make approx. 1 rotation in order for it to count.
Players must not cross the taped off line when throwing the axe.

Top scoring teams or top 75% with the most points will make it to the final week of playoffs.

Winning players earn free entry to the next league season

League Medals
Each night of league, the two teams with the highest scoring points at the end of the night will receive a free drink & ESCAPE 605 Axe Throwing t-shirt 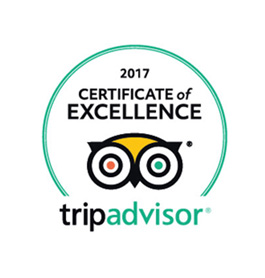